New Orleans Jazz Fest is back!

It’s felt like forever since the last Jazz Fest but it’s finally back and we were so thrilled to check out the music, with acts such as Stevie Nicks, Lionel Richie, and Red Hot Chili Peppers headlining, as well as local and regional favorites such as Lost Bayou Ramblers, Sweet Crude, and Little Freddie King. Along with music, art vendors came back, selling everything from paintings to clothes. Here, we are highlighting New Orleans-based artists that you shouldn’t sleep on, we certainly didn’t. We hope to see them again next year. 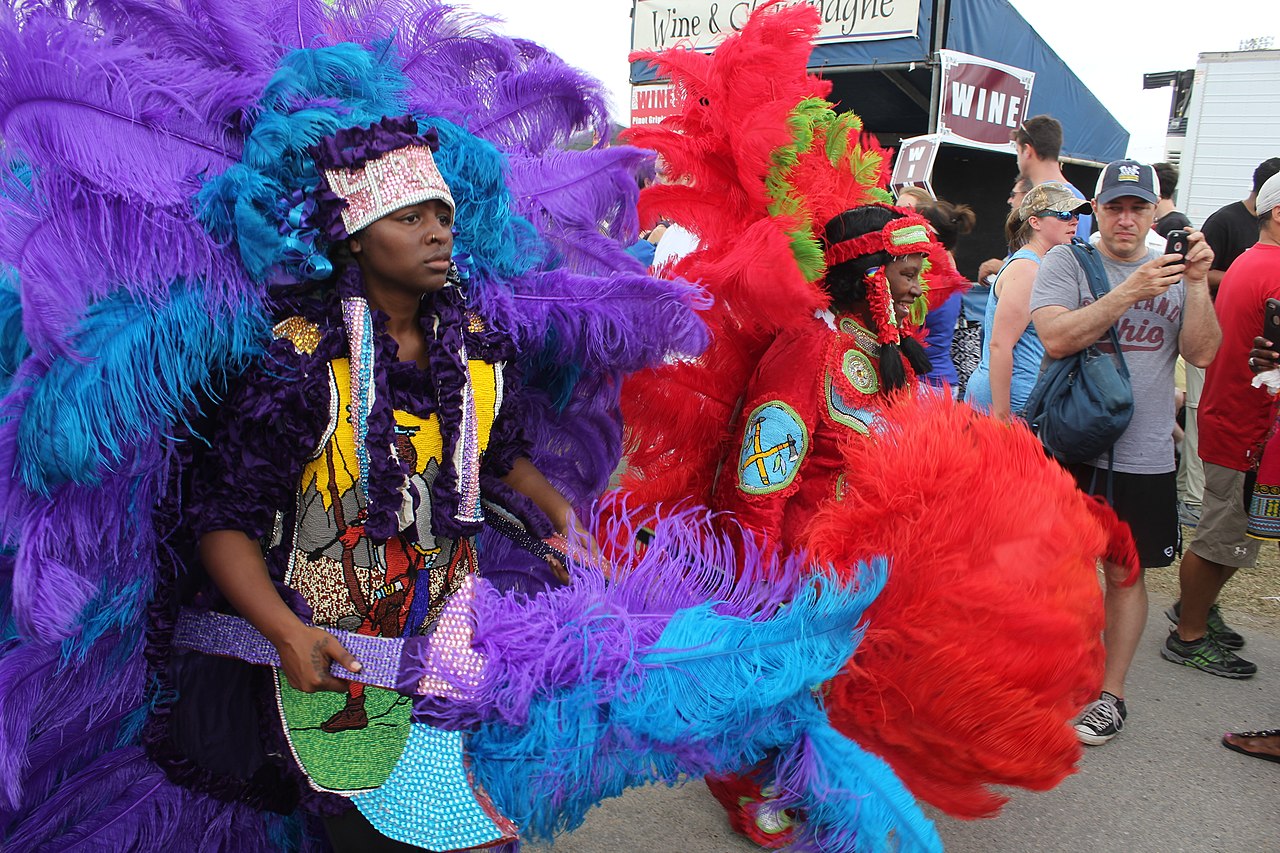 With the mission of empowering the people of Lesotho, Edward Wycliff designs and sells bowties and neckties which are crafted by the people of Lesotho. Bow Shoeshoe empowers the people of Lesotho by facilitating entrepreneurship development in isolated communities, ultimately training those in underserved communities to support themselves through bowtie and necktie craftsmanship. By working in seven underserved communities, they provide residents of the communities with a stable source of well-paid labor, bringing employment opportunities to areas struck by extreme poverty. Pronounced “shway-shway”, shoeshoe is the traditional cotton textile of South Africa, which became an iconic symbol of Lesotho. As Wycliff said, “It truly does take a village to produce each Bow Shoeshoe product.”

Oscar Donahue grew up in the inner city of Kansas City, Missouri, with limited resources but surrounded by strong familial bonds and an abundance of love from family members. His artistry started early in life, as he was drawing at the age of 5. A goal setter, Donahue decided that he wants to be senior class president in his first year of school, so he embarked on a four-year mission and achieved his dream. After moving to New Orleans in 1984, he spent his weekends drawing portraits at the French Market before starting to design whimsical colorful jewelry to increase his income and support his family.

A native of Haiti living in New Orleans, Marie Jose Poux founded the Hope for Haitian Children foundation, where she gives aid and support to abandoned or orphaned children in Haiti, as well as support parents and families in need. Marie Jose Poux’s dedication and hard work have kept the Haitian orphanage fully functional. Ms. Poux’s Haitian artwork and straw hats were surely a great hit and we cannot wait to see more from her.

Born and raised in New Orleans, Darrin Butler excelled in music and the arts at his school, with wood and metal as his preferred mediums. Living in New Orleans allowed him to be well immersed in music and art, whether it’s art museums or the people of New Orleans that dress in visually stunning and creative attire. We absolutely loved his mixed media pieces and wood-metal wall sculptures that he was selling during the first weekend of Jazz Fest.

A self-taught artist, Epaul Julien started his career in 1995 as a fine art photographer. After having to abandon his oversized photo gear in order to evacuate for Hurricane Katrina in 2005, he salvaged his work from the storm, and combined with his artistic vision, he created mixed media art by working with what he had. His art is influenced by New Orleans history, abstract expressionist art, and a constant supply of leftover home renovation materials overflowing in city dumpsters. He is resourceful, environmentally conscious, and with a passion for representing his city through art. Epaul Julien sold gold and silver leaf photography during the first weekend of Jazz Fest and we’re definitely keeping an eye out for more of his work.

Chester Allen is an award-winning, nationally renowned, sterling silver jewelry artist. With over 30 years of work under his belt, his extensive line of work includes pieces inspired by his background in music, along with work inspired by sacred geometry. His portfolio ranges from casual everyday jewelry to fine jewelry using premium material.

Lamine Sene first started sewing at age 15 as a job in their native country, Senegal, where they developed their passion for fashion and started designing their own clothing. They started traveling to Europe to do fashion shows, then traveling to the United States for the first time in 1989. They came to New Orleans in 1995 to vend at Jazz Fest, fell in love with the city, resulting in a move to New Orleans. They still have their shop in Senegal but set up every day at the French Market in New Orleans. Lamine Sene sold Senegalese clothing during the second weekend of Jazz Fest and has left us hungry for more.

With a career as an artist spanning more than three decades, Shakor White does not plan on stopping anytime soon. A painter and sculptor, his work embraces both non-objective abstract and objective realism. Drawing inspiration from classic works such as the sculpture of Michelangelo, he fuses that technical inspiration with his spiritual inspiration, drawn from the culture of New Orleans. Shakor White went to art school, beginning his career as a graphic designer, before moving to New Orleans in pursuit of complete artistic freedom and to practice his art with no reservations. Shakor White’s 3-dimensional acrylic paintings were breathtaking to see in person.

Award-winning and self-taught, Jessica Strahan is a painter and muralist who draws her inspiration from vibrant New Orleans and the African diaspora, creating portraits that magnify African influence on New Orleans culture with a focus on cultural practices, residential architecture, culinary traditions, and the features and styles of New Orleans residents. Jessica Strahan sold her acrylic paintings during the second weekend of Jazz Fest and we cannot wait to see what the future holds for her.

Don’t forget to create some memories and take a SWAMP tour with Airboat Adventures any day, we’re open year-round.

Louisiana is built differently when it comes to seasons, and we find ways to celebrate them all. We have winter, summer, Christmas, and Mardi Gras. Mardi Gras brings in a record amount of visitors yearly and sometimes, visitors (and even locals) need help navigating the celebration! We decided to take some time to answer the […]

The past few months have been busy, as festivals are finally started making a comeback after two years of lockdown. The good news is there will always be something going on over moving forward, so you will have something to celebrate no matter when you pay a visit. We ate, drank, and danced at French […]